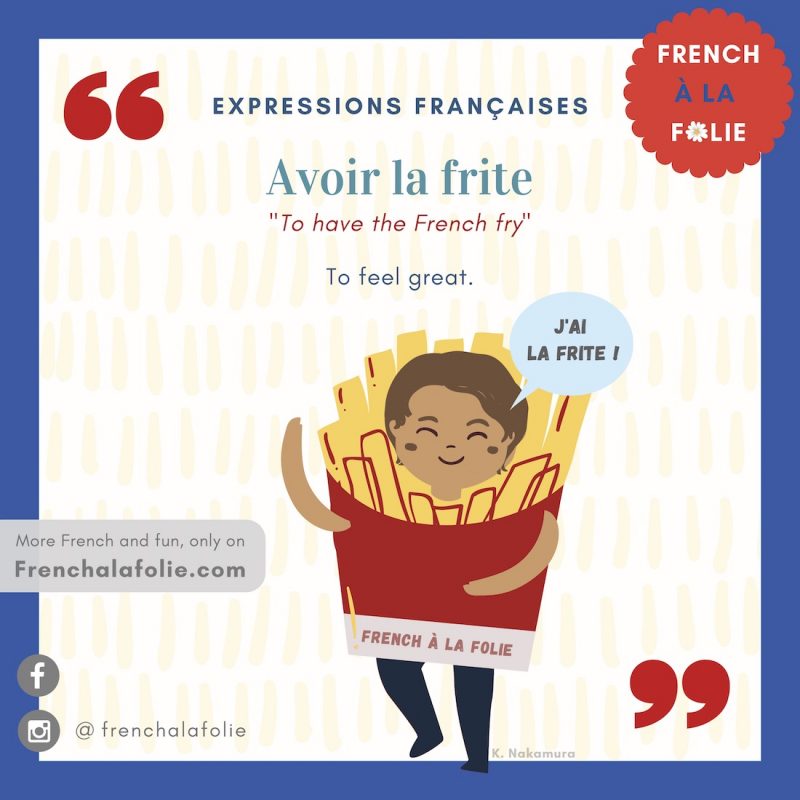 Feeling great? Could it be because you’ve just encountered the French expression avoir la frite ? Find out what it means, how to use it, and learn about related expressions!

To have the French fry.

To feel great and have lots of energy.

J’ai la frite ! I have the French fry, folks!

But what on earth does that mean? To understand the French expression avoir la frite, we have to go back to the early 1900s, when its predecessor was coined. According to the pros at Expressio.fr, this is when la patate (the informal term for la pomme de terre or potato) became a slang term for another similarly round object: the head… and consequently, the mind. So someone in a good frame of mind with lots of energy was said to “have the potato” or avoir la patate. (By extension, this can also refer to a business, event, or idea that’s doing really well.)

Then in the second half of the 20th century, as we began consuming more of the fried potato slivers that we call “French fries,” avoir la frite gained ground as a variation.

I’ll save the anglophone “chip vs. fry” debate for another day. However, if you’re part of Team Chip and familiar with the expression “to feel chipper” (to feel cheerful and lively), this similarity might help you remember this French expression!

Firstly, note that avoir la frite is a colloquial and informal expression. French-speakers find it endearingly playful and use it often, however, make no mistake: it’s not for formal situations.

Secondly, note that it’s la frite (the French fry), not une frite (a French fry). So if you want to phrase avoir la frite in the negative, to mean someone is not feeling great, make sure to retain the definite article, la. It doesn’t change to de as it does when negating indefinite articles (un/une/des). Basically, it should translate as “to not have the fry,” as opposed to “to not have any fries.”

Finally, here’s a real example of the expression in its negative form. In late April 2020, news broke that the French potato industry was struggling because the COVID-19 pandemic and the ensuing lockdowns had diminished demand for the fries sold in fast-food restaurants. Seizing the opportunity to use this spud-related expression, the French newspaper Le Monde published the article, “La Pomme de terre n’a plus la frite.” * In other words, the potato (industry) was no longer doing well.

* NOTE: As of this publishing, a subscription to Le Monde is required to read the whole article, however, you can view most of it without one. 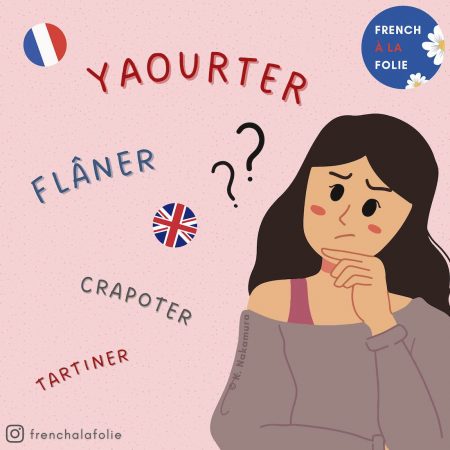 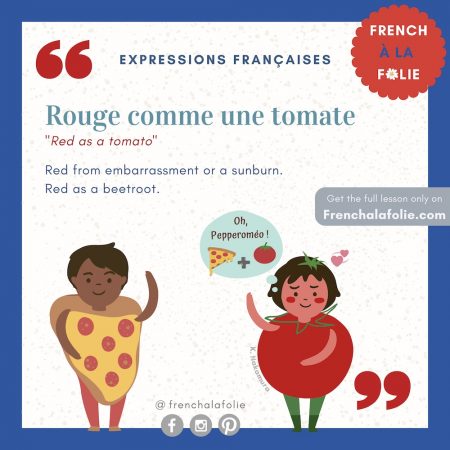