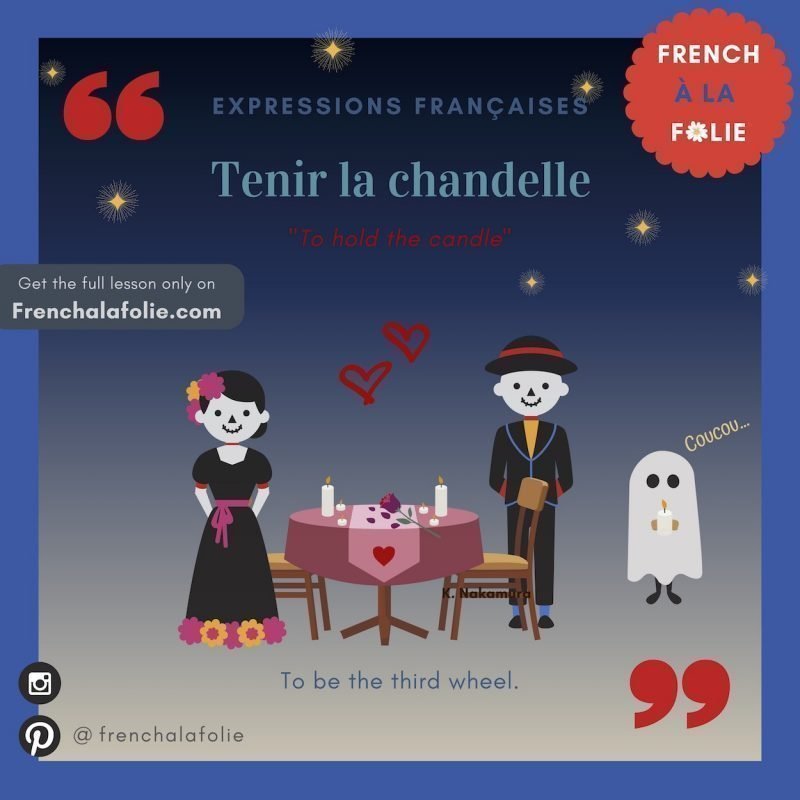 Holding the candle may sound like an easy task, but it may leave you desperate for an escape plan! To help you grasp the awkwardness of the familiar French expression tenir la chandelle, here’s the comprehensive guide to it. Find out what this idiom means, how to use it, and all its equivalents. Get it right and take your French to the next level!

To hold the candle.

To be the third and unwanted person with a couple.

Once upon a time, lightbulbs didn’t exist.

As we stare at our ultra-bright, high-resolution screens to read this, it’s hard to imagine such an age! But centuries ago, when the world was literally a darker place, couples sometimes needed a little assistance and illumination to help them do the deed in bed. Now, in modern times, we might talk about “dimming the lights” or using “mood lighting” for this occasion. But what were lamp-deprived twosomes to do back in the day? Enlist the help of a third person to hold a candle, of course!

With the current availability of LED, one can’t help but chuckle at such a responsibility. I mean, imagine putting it on your CV! However, in those days, the living, breathing candleholder was no joke. These individuals were usually confidants of the couple, called in to provide lighting—with their backs turned, of course—during this most intimate act. In the case of royal marriages, which often doubled as political alliances, these observers also (supposedly) confirmed the virginity of the woman and the consummation of these high-stakes unions.

Interestingly, while this role didn’t survive the advent of electricity (et Dieu merci pour cela!), the expression tenir la chandelle did, albeit with an evolved meaning. Drastically watered-down, it now means being in the uncomfortable situation of accompanying a couple on a date—candles and bedtime activities optional! In looser applications, it can also describe someone who feels left out or unnoticed in a vibrant discussion or other lively situation.

Though chandelle translates as “candle,” this term is considered outdated in French-speaking Europe, where la bougie has become the general term for candles. However, this is not the case in Québec, where both terms are still used and you can have des chandelles or des bougies on your birthday cake! 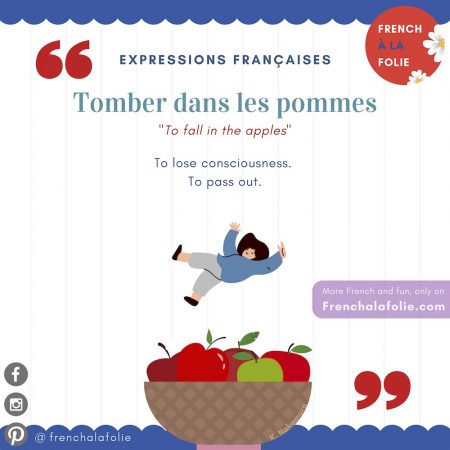