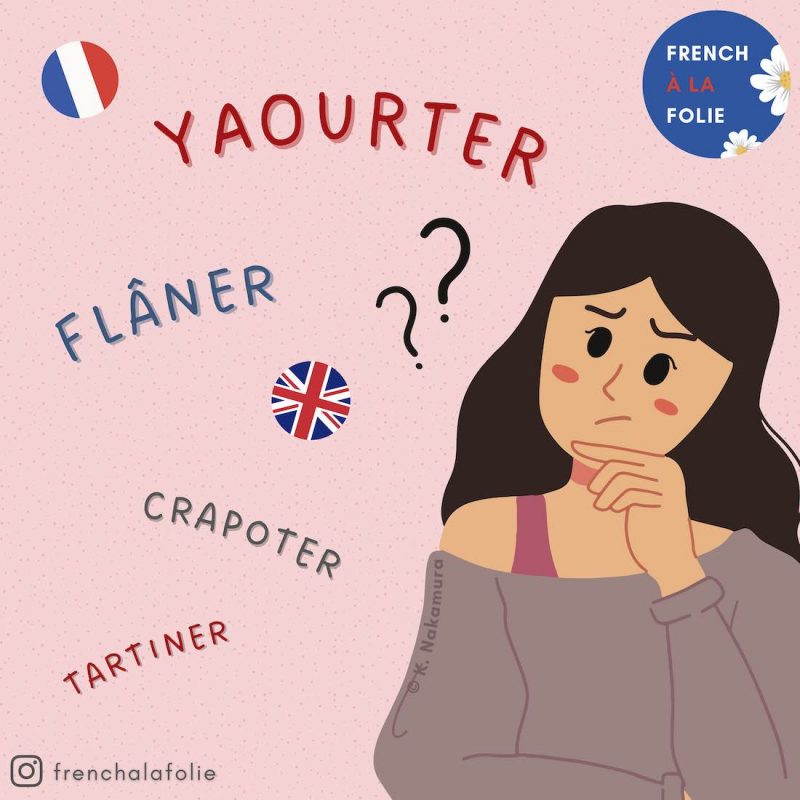 They joke that everything sounds better in French. But are some things really best left en français ? Here’s a list of untranslatable French words that really lose their oomph when we force them into an English mould.

Leave it to the French to create a verb from a beloved food! Yaourter is the action of singing by “approximating” (read: garbling) the lyrics — usually because you don’t actually know them. This often happens when a foreign song comes on — usually an English-language song for the French — and, well, you love the beat, you just can’t figure out the words! So you “yogurt” along as enthusiastically as you can, producing melodic but totally unintelligible sounds whose loose forms resemble the shapeless, fermented dairy product we all know and love.

Note: It can also mean to speak in a similarly incomprehensible way. But most of the time, it involves butchering song lyrics, just like its synonym, chanter en yaourt (“to sing in yogurt”).

Bon, une soirée karaoké, ça vous dit ? So, are you up for karaoke night?

Is the French shopping experience just better? This expression might suggest it is. While anglophones like to “window-shop,” francophones engage in lèche-vitrines or window-licking.

We’ve all been that person with their face smushed against a glass pane, tongue hanging out and hot breath fogging up the store display. Now, convince me that the English translation does this image as much justice as the French term!

Toto, we’re not in Kansas anymore!

Ask a francophone how their vacation overseas was and you will likely hear the word dépaysement — or one of its relatives: (se) dépayser, dépaysant, or dépaysé. It’s an interesting term which translates as “de-country-ing” and has to do with the disorientation we feel when we’re not on home turf. In other words, when we’re outside of our normal environment.

That being said, note that un dépaysement is generally positive, so “homesickness” and “culture shock” are not really at play here. In fact, some people actively search for this pleasant “change of scenery.”

You might recognize the vulgar expression je m’en fous (“I don’t give a s**t”) in this term. Je-m’en-foutisme is the noun form and refers to an attitude of not caring at all. Call it “apathy” or “indifference,” but admit it, neither one punches quite as hard as the hyphenated French term!

A related term is je-m’en-foutiste, or a person who has this attitude.

The French take their summer vacations very, very seriously and few things demonstrate this better than how the two tribes of vacationers in the country have their own names. If you are a juilletiste, you vacation in juillet or July. If you are an aoûtien, you take off in août or August.

It’s also fun to note that at the end of July and the beginning of August, you can expect les vacanciers (vacationers/holidaymakers) to take over both sides of the road in the annual, apocalyptic, two-way traffic jam known as le chassé-croisé.

First of all, we know how to get mad in English too! So there’s a list of English words that would suggest that engueuler can be expressed en anglais: reprimand, rebuke, berate, upbraid, roast, etc. There are also expressions which are closer in register: to chew (or bawl) someone out, to rip someone a new one, to give someone an earful, etc. But no single-word English verb really captures the informality, snappiness, and uniqueness of engueuler.

What makes engueuler so unique? Adding to the word’s character is the very special term nestled within: gueule. La gueule refers to the muzzle or snout of an animal. But much more informally, it refers to a person’s face (this is vulgar though, so be careful!). It’s often used in expressions like “(ferme) ta gueule,” which is roughly equivalent in meaning and register to “shut your trap.” And if we extend things further, we get gueuler, which means “to yell.” But engueuler conjures up that very special image of someone yelling in another person’s face. No, there’s just nothing quite like it in English!

We all know someone who still feels cold even long after the air-conditioning has been turned off and the sun has warmed the room. He or she may even carry a sweater at all times — just in case the temperature dips below 30°… Celsius. In French, this person would be called frileux or frileuse. In less poetic English terms, this individual is “sensitive to the cold.”

It’s telling that anglophones have kept this expression unchanged in English. Bon vivant awkwardly translates as “good liver” — as in a person who lives, not the organ. But what we’re really talking about is someone who knows how to live well. They keep fun company, do fun things, and eat and drink well. The French place great value on genuine enjoyment and un bon vivant (or une bonne vivante) is that person who knows how to enjoy him or herself.

This is a curious-looking word to the anglophone eye and it certainly doesn’t have an exact equivalent in English. When someone pretends to smoke but doesn’t actually inhale the smoke, the French use the verb crapoter. And it’s often used to mock a person who’s faking a cigarette habit to try and look cool.

It should be clear by now that French verbs are some of the most inventive around. And tartiner is an important one to know if you like having toast for breakfast.

The verb obviously comes from une tartine (a piece of toast topped with a spread, like butter or jam) and it refers to the action of spreading a topping on a tartine.

While other verbs meaning “to spread” do exist (étaler comes to mind), tartiner is specific to spreading something on bread. Now, given the enduring love affair between the French and their boulangeries (bakeries), is anyone really surprised about the existence of this word?

Voilà is one of the most French words… ever. So, unsurprisingly, it’s a bit difficult to explain, and only becomes easier to understand over time and through exposure.

Structurally, it’s a contraction of vois là (literally: “see there”). However, its meaning ranges from the fillers “there it is” or “there you go!” to “that’s why…” to “yes, that’s right.” This wildly amorphous nature makes it impossible to find a suitable, single-word English equivalent for voilà, which is why it’s on this list.

Voilà. There you go!

To cap off this list of untranslatable French words, let’s go with the one that’s so unsuited to the English language that merely typing it on a QWERTY keyboard will trigger a frantic autocorrection to “flannel.” And attempting to translate it produces an even less satisfactory result!

Flâner is the very French verb for strolling aimlessly, especially in a really charming and walkable city like Paris. It’s practically an art. You might also call it “wandering,” “sauntering,” “ambling,” or some other English word, but none of them adequately convey the French idea of just walking around to take in the sights, people-watch, and enjoy the experience. There’s no need to be anywhere, meet anyone, or do anything. No, a true flâneur (or flâneuse) is unburdened by such commitments. He just goes wherever his feet take him.

What do you think of these untranslatable French words? Do you find yourself reaching for French words when the English just doesn’t work? Are there any more uniquely French terms that don’t translate easily without losing their character or meaning? Let me know in the comments and I may add it to the list!

Looking for MORE vocabulary like these untranslatable French words? 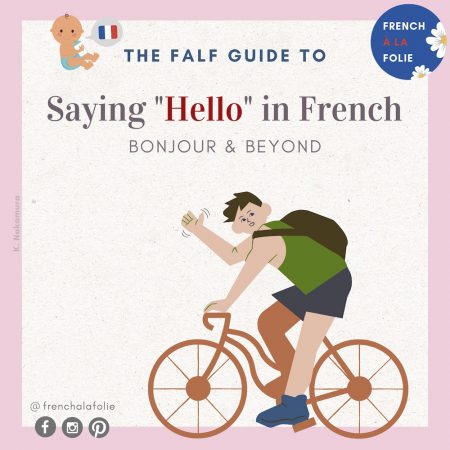